It's Only Kickball, Stupid by Caroline Prugh
Hartley House directed by Adam Fitzgerald 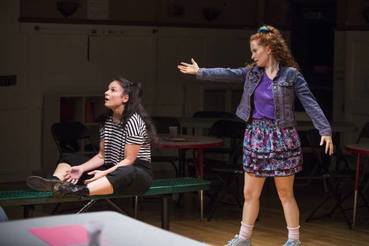 "...two opposites-in-attraction protagonists worthy of a John Hughes film and a ferocious pair of actresses who carry them off. As playground newcomer Fiona, Lori Prince is brooding and tomboyish in jet-black ponytails, slouchy pants, and Doc Martens...Prince and Hurlbert turn in endearing, nuanced performances near the end to kick home a final winning run."
-Molly Grogan, The Village Voice

The Awake by Ken Urban
59E59th directed by Adam Fitzgerald 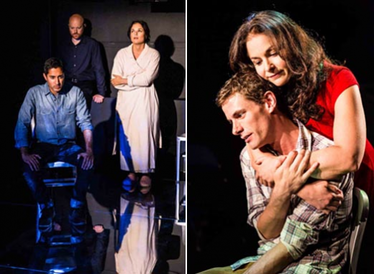 "The production captures exquisitely the shifting logic of dreams, where people appear and melt away and metamorphose, and where minds connive to translate contemporary anxieties into primal fears of fire, flood and bloodthirsty beasts."
-Catherine Rampell, The New York Times

"Fitzgerald has assembled an excellent company, led by three stellar performances. Lori Prince's Gabrielle is an extravagantly artificial creation, but she makes sure that we are always aware of the trouble brewing underneath her breezily charming exterior."
-David Barbour, Lighting and Sound America 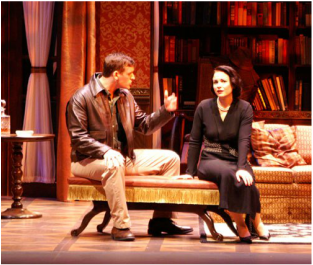 "A boatload of red herrings and just the right amount of whimsy...with each new character more Christiesque than the next…I promise you will be entertained through the two-act presentation."
- Nancy Wellard , Island Packet 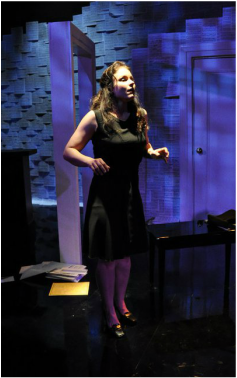 “The talented cast, under the direction of Margarett Perry, shuffles many roles with aplomb during the show's 100 intermissionless minutes; chief among them is Lori Price, whose winning smile especially endears us to the central character, Adrianna Woodland.”
-Chris Kompanek, Theatermania 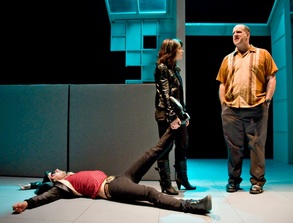 “Killing Women, with its quirky script, stellar cast, and crisp direction, is a pretty darn funny perspective on the corporate world…Lori Prince is commanding as Abby. She curses like she was born to it, and convincing—you wouldn't want to bump into her in a crowded subway.” -Jo Ann Rosen, NYTheater.com 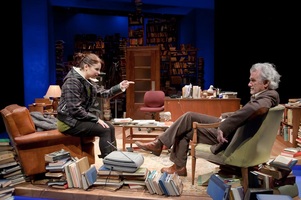 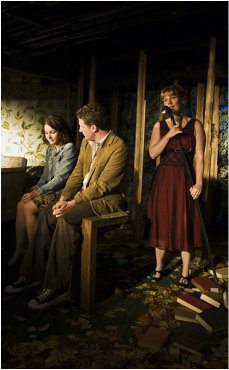 “…this odd, effective play by Michael Puzzo is no comedy. It’s an unsettling dissection of a dysfunctional relationship, with a striking performance by Lori Prince as Lyric, the damaged woman at the center of it.”
-Neil Genzlinger, The New York Times 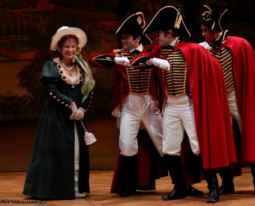 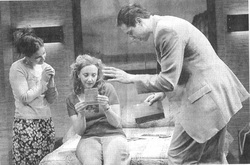 “Prince is a revelation: Her Rochelle goes from comic  to near-tragic in the shortest time, lifting our spirits even as she rends our hearts”. -  John Simon, New York Magazine

“… the real surprise is Prince.  This young actress brings unexpected layers to the role of Rochelle… Prince succeeds where so few ingénue performances fail: She is ingenuous. -  Eric Grode, Broadway.com

“Both Katz and Prince deliver diverse performances: as the ardent young lovers in the first act and as a yuppified couple after intermission.  - Michael Kuchwara, AP 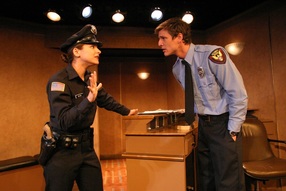 “Prince is touching as a would-be tough cookie who's only human. The doll-like impression she conveys initially is tempered by an authoritative voice and no-nonsense demeanor. That's her public persona. After Jeff, just making conversation, blabs about Bill's covert agenda in visiting the apartment upstairs, Prince shows us Dawn's vulnerable, volatile private side.”
- Sandy MacDonald, Boston Globe 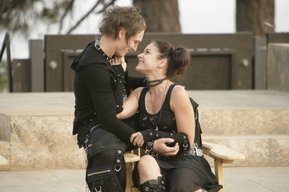 “…the performances by the principals, especially Lori Prince as Hermia and Brad Standley as Lysander, were lovingly done. It took a great deal of humor to risk turning the characters into goth kids. The change jives well with the couple's rebellious spirit, especially when they run away after her father insists that she marry another.”
- Merrie Leininger, Reno Gazette Journal 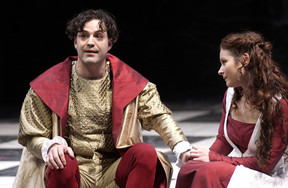 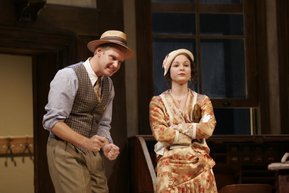 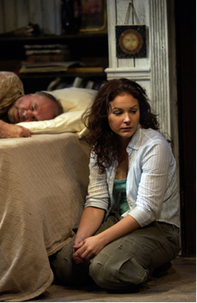 In what is the climax of the plot, a shocking twist worthy of a good M. Night Shyamalan reveal, the actors deliver performances that stun the audience into silence --- proof that they're capable of portraying the truth of emotional pain.
-Erin Morrison-Fortunato, City Newspaper 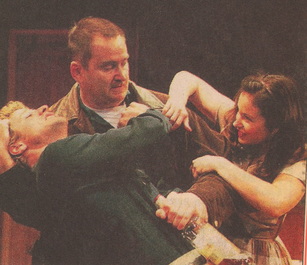 “Prince - initially giggly and affectionate, then increasingly distraught in the face of Eddie’s irrational actions – is perfect in the role.”
- Naomi Siegel, Herald News